This will be my third race report in three weeks!  Races can be a great way to train for other goal races, and they can also serve as the perfect opportunity to connect with other runners. I really love running races, and I have to watch out or I’ll sign up for everything that comes my way. 🙂 I am currently training for my first 100 mile race, so all of the races between my Boston marathon and the Yeti 100 in September serve as opportunities to have fun and add a little change to my training scenery.

I signed up for the Hot to Trot 8 Hour Race hosted by GUTS on impulse on the day that I had my hernia surgery in May. My training plan for the 100 primarily involves higher intensity running at a lower mileage, plus strength training. I had to take 6 weeks off of any type of strength work (and a couple of weeks off of running) after my surgery, so I was a little worried that I would lose a lot of ground in my training. Plus, 8 hours of running sounded like a lot of fun as I sat on the couch unable to move my body. Ha!

The race was held at Sweetwater State Park around a 1.1813 mile long trail that looped from the aid station, down toward the river, and then back up.  There were three main hills of note, but the loop basically descended to the river and then ascended to the aid station.  No dramatic elevation change, but definitely enough to produce effort, especially after 8 hours!

I was running late on race morning because Cadence had not slept well at all the night before the race (this is something that I am now accustomed to; I have not had a good night of sleep before a race since before I was pregnant), and I had to take extra time to feed her, pump, and get all of my stuff packed up.

It all worked out, but I was two minutes late to the start of the race.  I sprinted to the start, only to catch up to the walkers on the single track at the beginning of the loop.  I had so much adrenaline after leaving a crying baby, speeding to the park, and sprinting to the start, that I knocked out the first few miles a little faster than I would have planned otherwise for an 8 hour haul.  But it felt so good to stretch my legs and breathe deeply after a stressful week of work and a teething baby.  Isn’t it great how running just makes everything melt away as you focus and feel your body move? 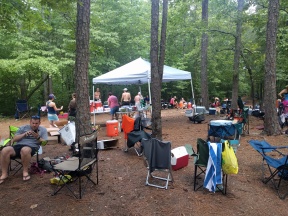 I was really thankful to meet up with one of my trail running friends, Seth, on the first mile.  We ended up running the next 34 miles together.  Seth had run the RuntheATL race the weekend before as well, but he had finished before me.  I didn’t realize it until later in the race, but it was a huge help mentally to have someone to talk to as we ran in circle after circle.  It never really bothered me that there was no change in scenery for 8 hours because there were plenty of really interesting, encouraging people along the trails, and the aid station was full of support.  Seth and I made a goal to run continuously for the first 20 miles.  After that, we allowed ourselves to hike two of the three steeper hills.  At 26 miles, we allowed ourselves to stop at the aid station.  The mile goals were really helpful, and I think getting such a solid base of miles in the beginning helped set the tone for the rest of the day as it got hotter.

I stopped to pump around 4.5 hours into the run.  I ended up pumping at the picnic tables in the middle of the aid station area instead of walking all the way to the Group Shelter for cover.  I had a cover, and everyone was extremely gracious of me.  Trail runners are pretty used to bodily functions as part of the nature of the sport, so breastmilk hardly seemed a thing.  I am in the right sport! 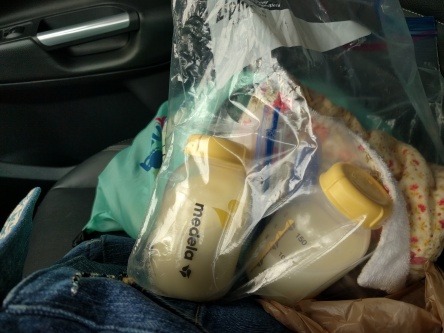 From this point on, Seth and I just maintained each loop as well as we could, stopping quickly at the aid station for water and food after just about every loop. After about 5 hours of heat and sweat, I was drinking about 8 oz of water for every loop.  During the course of the 8 hours, I ate one pack of Clif Shot Blocs, one Hammer gel, lots of PB&J squares, a few pretzels, and a moon pie.

Once we hit 35 miles, my running buddy decided to slow down and enjoy the last few laps.  I had a goal of 40 miles in my head, so I kept running. I knew that my coach had written the next week as an easy/off week, and I wanted to earn that schedule.  I ended up finishing just over 41 miles in 36 loops.  I felt tired but not depleted, continuing to run up hills and keep a pretty consistent pace. From about halfway through the race, the volunteers had created a leaderboard out of a portable white board, and my name went from second to fourth to third, etc.  This was not a goal race for me, but it is always fun to be near the top.  My goal for the race was to keep moving and let the Hot to Trot serve as a training run for my 100. 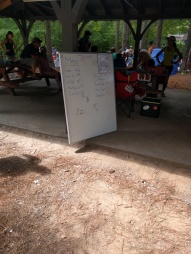 Not only did I want to train my legs on the course, but I also wanted to test how my body felt, where I would get sore, what I would want to eat, and how I mentally handled the heat and the monotony. 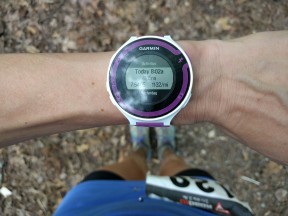 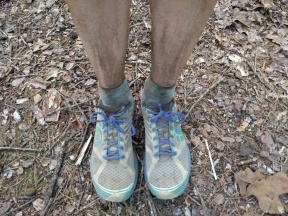 Now I’m looking at a week of easy recovery before I focus on resuming my 100 mile training.  The Hot to Trot was a hot, long, and very fun race!  I can’t wait to run even further in September! 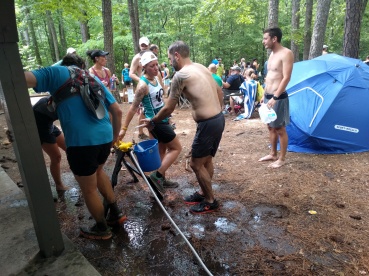 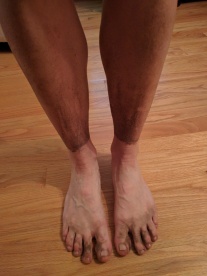 What is the longest run you have ever had?

Have you ever completed a timed run like this?